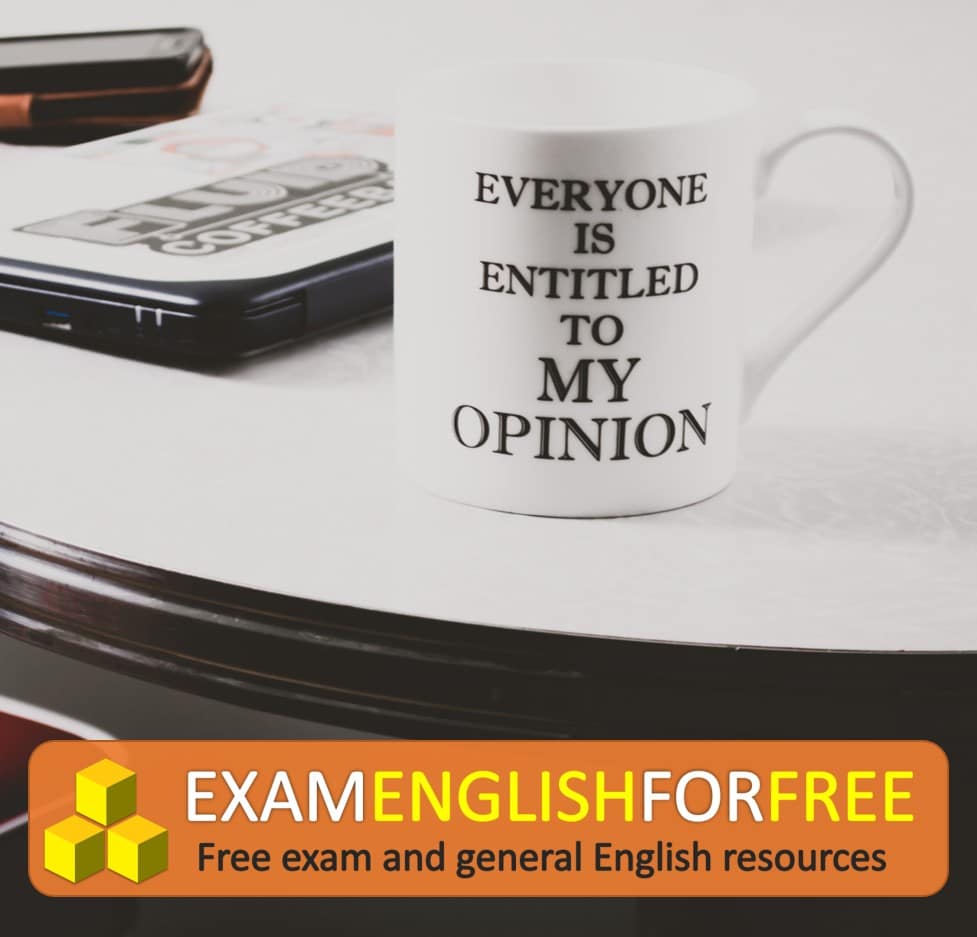 Instead of using a negative word to express your opinion, it is often better to turn the sentence around. Here are some examples:

#2: Avoid being dogmatic (presenting an opinion like it’s a fact) by using an introductory statement

You can soften an opinion by making sure it is presented as your point of view, not a fact that everyone has to agree with. Here are some useful words to present your opinions:

Here are some examples:

#3: Say that something is generally true, not necessarily always true.

If something is not always true, you can add an expression that indicates you think it is mostly always true. For are some phrases you can use to talk more generally (note that each of these phrases should be followed by a comma):

And here are some example sentences combining all three of the rules above:

When giving opinions, you might also want to qualify them – that is, to add reservations, circumstances or limits to something you’ve said. For example:

There are some words in English that are naturally negative and aggressive, so try to avoid them if you are looking to express opinion without getting overly angry or emotional. Here are some words that you need to be careful of: